Inspiration comes from so many places.
In this case it came from you, the fans.
Getting back together to celebrate 10 years since the Epitaph Records release of E. Von Dahl Killed The Locals, we went from planning to play one SF show and putting out a limited special version of the vinyl to 9 sold out U.S. shows, an Australian tour, and 2 sold out pressings of the LP.
I don’t think any of us planned to play together again, but there we were.  The feeling and experience were incredible.
None of us really planned on writing new Matches music, but after the shows, we were hit with inspiration and creativity.  While we were living in different places around the U.S. and working on other things, we managed to work remotely on a batch of songs, but zeroed in on two.  We wanted them to be great and something you guys would love.
So, here are “Life Of A Match” and “The Crucial Comeback (Mary Claire)”.  The songs were produced by The Matches and engineered by Jon Devoto.  “Life of A Match” also features our dear friends the Patzner brothers, Anton and Lewis, who contributed some sweet strings. The tunes went across the pond to super mixer Chris Sheldon to make them sound as great as we could hope (maybe you have heard one of the albums he mixed, The Colour and the Shape by Foo Fighters).  We got it mastered by the legendary Howie Weinberg and now here we are.
As always, the art and physical 7″ were created with typical Matches care.  The colors are awesome and it includes an album insert with lyrics.
Last Thursday, just with our social media, we released a limited run.  There were 4 versions being pressed and all are limited editions.
All of those sold out via word of mouth in 5 hours.  So, here we are with a 2nd pressing limited to 500.  New colors, new options.
Red – limited to 50
Blue – limited to 100
Yellow-  limited to 200
Bundle – All 4 (including the Candy Cane Fillmore exclusive) – limited to 50
The vinyl will not ship until December (vinyl takes a long time to press these days),
BUT! upon purchase, you will receive downloads of both songs immediately in your email box!!!
Get yours now at www.thematches.storenvy.com
PLUS! for those people who aren’t collectors and just want the tunes, they were just made available to iTunes October 1. 2015.
https://itunes.apple.com/us/artist/the-matches/id6732034
LASTLY, due to the fast sell out of our Dec. 27 show at The Fillmore, we have added a 2nd night on December 28th.  To make it special, we will be performing 2 different sets each night.  Tickets for the 2nd night go on sale Friday October 2nd at 10:00am PST at www.thefillmore.com … For any Locals, tickets can be purchased without a service fee at The Fillmore box office every Sunday between 10:00am and 2:00pm
Thank you so much for your dedication and support!  We hope you love these songs as much as we do and sing them LOUD with us at The Fillmore in December. 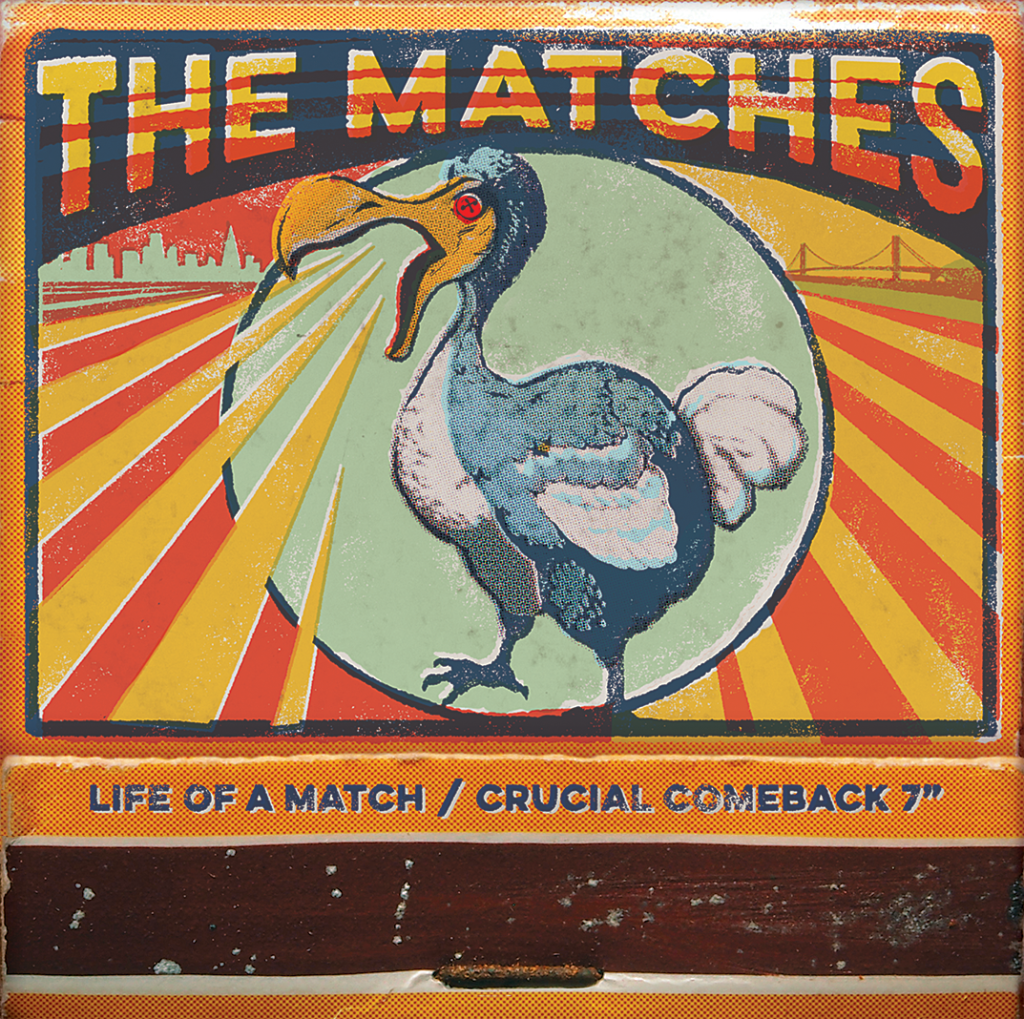 In honor of the 10 year anniversary of E. Von Dahl Killed the Locals, The Matches will be releasing a limited, signed and numbered vinyl edition of their debut album.

Here is Shawn with an exclusive acoustic performance of the lead track off the album: Dog-Eared Page.