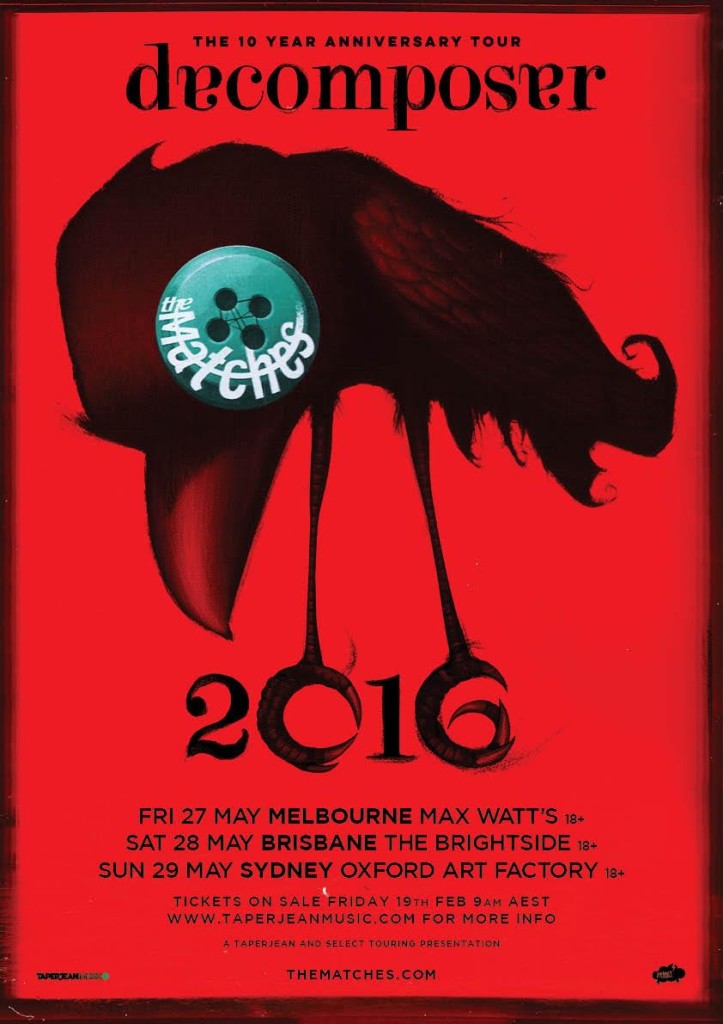 Oh hello Australia… so we have ourselves a confirmed tour of Australia for #Decomposer!

Pre-sale is available to people who sign up for a Select Touring/Taperjean Music email list or are already on the email list.  So get on that!!!

You asked, we had to do it!  Let’s do this… tell your friends!  Make us feel welcome… you are our second home you know…